Beware! The election selfie that could land you behind bars

Beware! The election selfie that could land you behind bars

In the run up to the European elections on 22nd May, the Electoral Commission has issued guidance to election officials about the potential issue of voters taking “selfies” with their completed ballot papers in polling stations (http://www.electoralcommission.org.uk/__data/assets/pdf_file/0017/167201/Electoral-Administration-Bulletin-74.pdf). The advice offers an interesting new angle on the selfie craze, which has spread far and wide, notably becoming a major news story at both the Oscars and Nelson Mandela’s funeral. [caption id="attachment_286" align="alignright" width="264"] 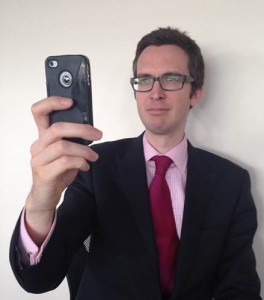 Manleys solicitor James Roochove warns of the perils of election selfies[/caption] Election selfies have really taken off in Holland where voters have posted pictures of themselves with completed ballot papers on Facebook, Twitter and Instagram. Even some Dutch politicians have joined in. It has become so popular it even has its own hashtag, #stemfie, a combination of "stemmen", the Dutch word for voting, and selfie. Such is its popularity that Dutch Interior Minister Ronald Plasterk has commented directly on the legality of the trend, saying: "I'm not calling on people to take a #stemfie, but it is allowed." However whilst this may be allowed in Holland this is not the case in the UK. Voters in this country should beware – a “stemfie” here could result in a fine of up to £5,000 or a maximum 6-month prison sentence. This all stems from legislative provisions aimed to ensure the secrecy of voting – making sure you can cast your vote without others knowing either who you’ve voted for or are about to vote for. It also seeks to prevent this information then being communicated to anyone else. The relevant rules are set out in section 66 of the Representation of the People Act 1983. According to the Electoral Commission, the application of the law is complicated and whether or not an offence has been committed would depend on a number of factors, including if the photograph was shared with others and what the photograph showed. The Commission has advised election officials and staff that photos should not be taken in polling stations and that they should also consider displaying notices to this effect. Manleys solicitor James Roochove said: “This raises some practical issues, given that the polling booth should be private and secret. Any attempts by election staff to see if people are taking photos in the booth could itself be deemed a secrecy breach. It seems more likely that the authorities may spot photos posted online and those involved could be punished.” He added: “While many may feel they should be free to broadcast how they vote, confirmed by a selfie, we should remember the secret ballot is a cornerstone of democracy. Stopping polling station selfies could prevent some voters from being pressurised to vote against their will, with a selfie demanded as proof of how they voted. This tactic may well appeal to extremist parties and despotic regimes. “This is an example of the challenges raised by new technologies and social trends. When this legislation was drafted, few could have contemplated people carrying small cameras around, or that there would be such a fashion for continually photographing oneself. However the legislation is there to protect a fundamental element of democracy and the Electoral Commission’s warning to staff and voters to the potential risk of punishment is timely.” Will the #stemfie craze take off in Britain? Will the legislation hold up and arrests be made if a tide of voters decide to flout the rules on social media? Social media has made other legal mechanisms impotent in the past, as shown by the flouting on Twitter of the super injunction obtained by Ryan Giggs. Only time will tell, but if you want to avoid committing an offence when voting on 22nd May it is advisable to keep your cameraphone in your pocket, or you could be out of pocket. Manleys is a specialist media and litigation firm in Chester and London.